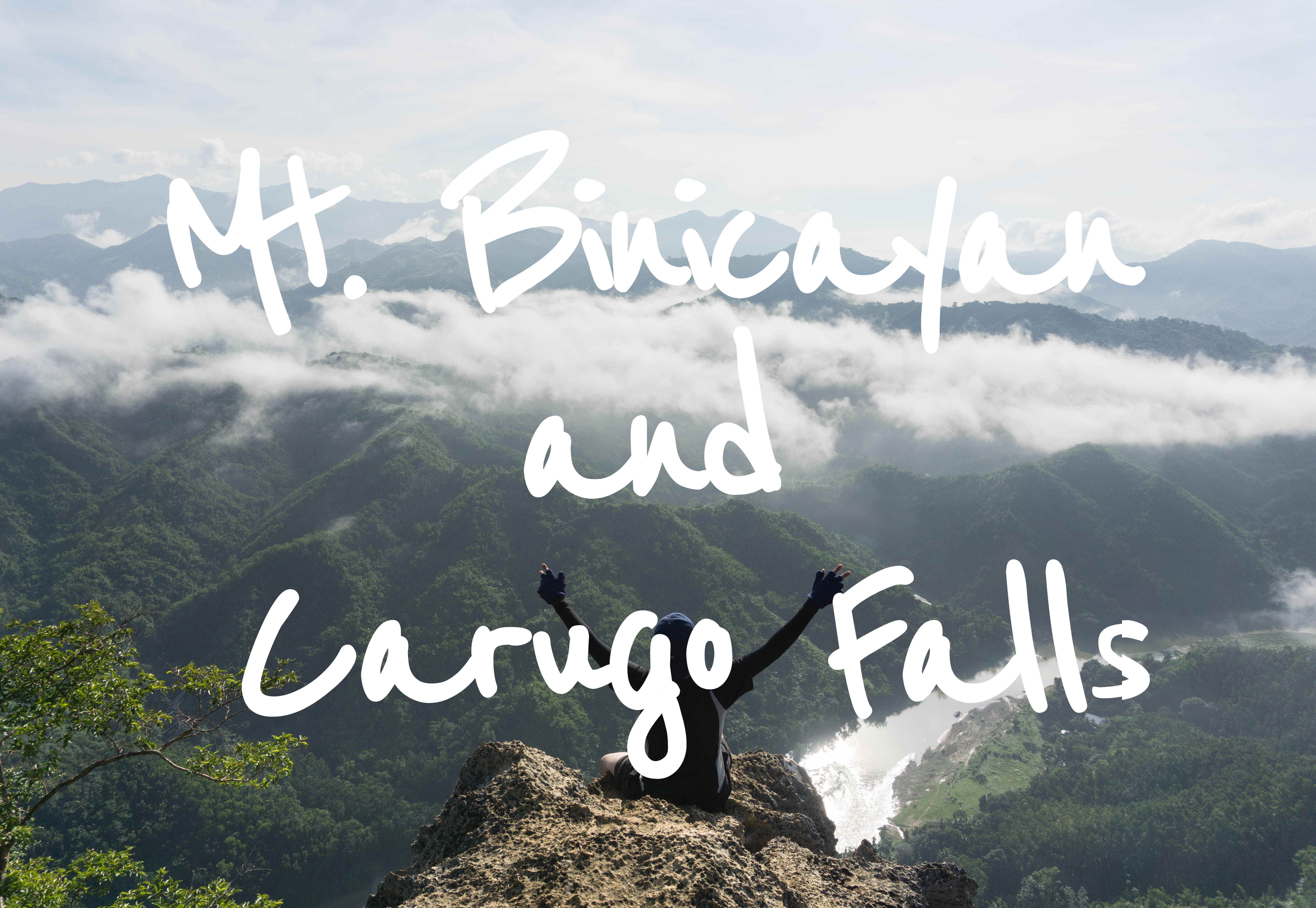 Mt. Binicayan is one of the known climbing sites in Rizal with Mt. Pamitinan as its twin mountain. In between the two is Wawa river where the Wawa Dam was built years before. It is located in Brgy. Wawa, Rodriguez, Rizal.

It’s been 3 months since my last climb and I feel the mountains are calling me. So, it’s time to call the squad and go on an adventure again!

From Cubao, we took a van going to Eastwood in Rodriguez. Then, from there we rode a tricycle going to Wawa Dam. The trike dropped us at the front of the Registration Area. We waited until the registration office opens at 4:30 A.M.

Just inside the waiting area, there are comfort rooms and stores for everyone to use.

People started to flood the area. We fell in line, registered, and secured a guide. The registration fee is ₱50. The minimum payment for the guide is ₱500.

We planned on having a twin hike, both Mt. Pamitinan and Mt. Binicayan. Our guide, Kuya Romeo, recommended we climb Mt. Binicayan first to reach the Sea of Clouds. I didn’t expect that there will be a view like that here.

Before we climb, we registered again, this time at the barangay hall, and donated proceeds. We donated ₱20 but any amount will do.

We started at 5 in the morning. The sun has not yet shone, we wore our headlights and took caution on every step as the trail was also wet and muddy.

Just a few minutes, the sun rose and we began to see the trail clearly, but it also became harder to climb, limestones became our foothold.

After 2 hours, we’ve reached the first peak. I was very surprised. I didn’t expect it to be very sea-of-cloudy. It was the best sea of clouds I’ve ever seen. The clouds covered everything below. We stood in awe watching the beauty in front of us.

We don’t want to leave that area, but it’s time to move on according to Kuya Romeo. The path to the 2nd peak was very challenging, sharp limestones of different sizes are everywhere and they will now be our only way to go to the summit. We didn’t stay there because it proved hard to balance ourselves, so we proceeded to the summit.

Finally, we’ve passed through that challenging path. Just behind the trees on the third peak, lies a cliff that has a view overlooking the Wawa River and the Sierra Madre. It is what I was missing, a view from above, seeing all God’s creations.

The descent was very challenging. Unlike other trails, where the trail is dirt and flat, here, every step you make is on limestone which is uneven and sharp. It’s either we balance our feet on every step or crawl down. There were many stops because of the long line going down. Our legs and feet became sore, instead of climbing Mt. Pamitinan, we decided to just go to Wawa Dam and Carugo Falls.

After we ate lunch in a carinderia near the registration area, Kuya Romeo guided us first to Wawa Dam.

Wawa Dam was built during the American Colonial Era as a water source for Metro Manila until Angat Dam’s creation and thus, it is now abandoned.

A concrete pathway was constructed beside the river for easy access leading to the dam’s abandoned building. Beautiful rock formations can be seen in the river and the current is very strong. Along the way, we saw a bridge leading to Pamitinan Cave which at that time was closed for public viewing.

After taking pictures at the dam, we continued our trek alongside the river going to Carugo Falls.  We still want to take a dip into its cold waters, even though we were very tired.

Carugo Falls is in Sitio Carugo located behind Mt. Pamitinan. In order to get there, we need to ride a small boat for 10 pesos each to cross the Wawa River.

Upon landing, we trekked again for just a few meters. If ever you’re planning to stay overnight, a campsite is located near the falls. Finally, we reached the falls. There are cottages available for rent, but we didn’t get one since we will just stay for 2 hours. At last, our tired feet and legs will be relaxed after a day of stepping, walking, and balancing. The water was very cold, we tried to sit in the middle of the falls and felt the flow of water soak our bodies. It was refreshing, all our day’s tiredness was gone.

Even if we didn’t conquer Mt. Pamitinan as planned, it was fulfilling. We just didn’t climb a mountain, but we also saw and crossed a river and took a dip at a waterfall. We experienced all of God’s creation in one trip. Another mountain has been conquered. What Mountain Next?