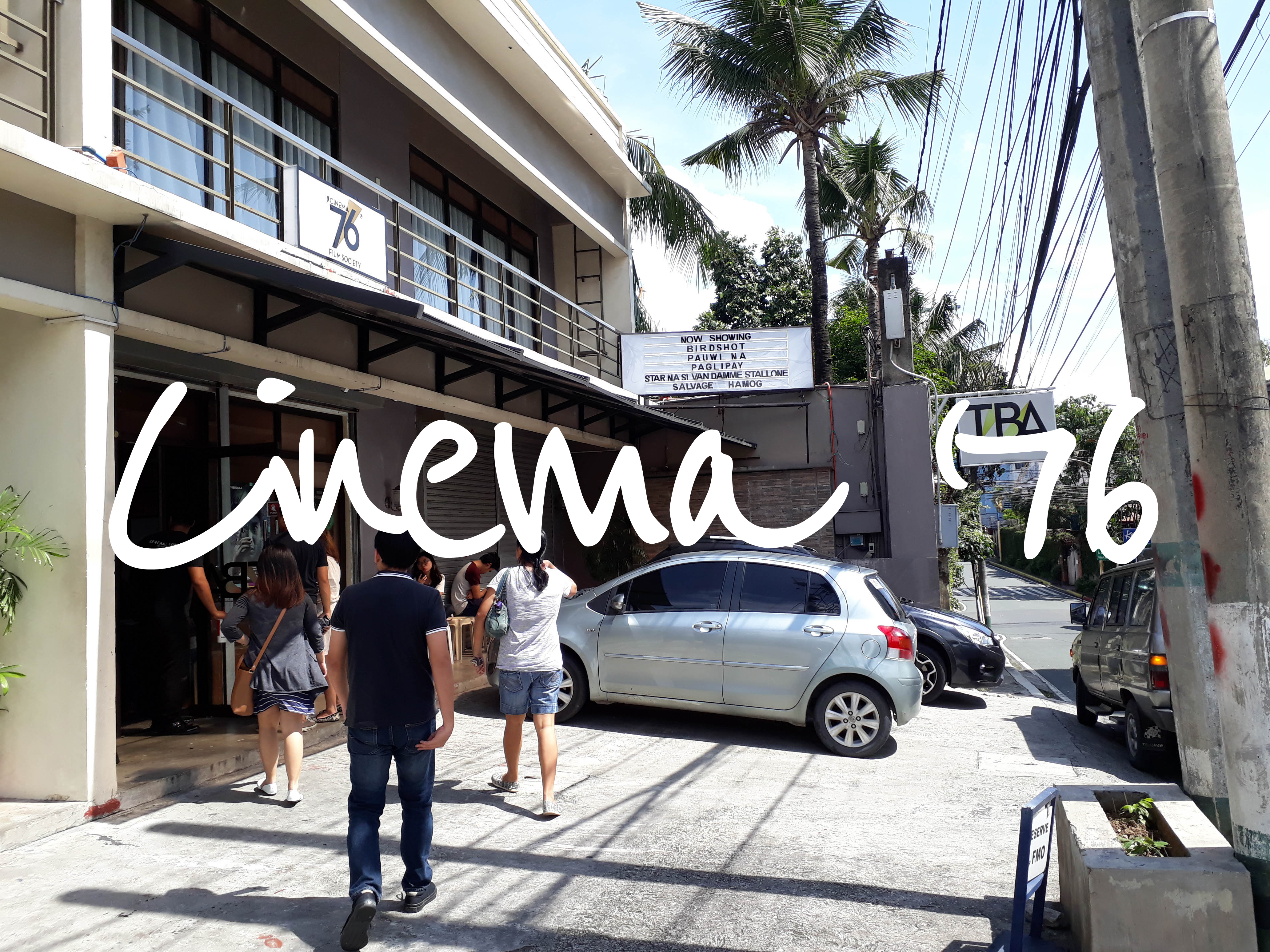 Cinema ’76 is a mini theater located in the city of San Juan. It is created by TBA (Tuko Film Productions, Buchi Boy Entertainment, and Artikulo Uno Productions) to showcase their films and other works of local filmmakers. It got its name from the last Golden Years of Philippine Cinema — 1976.

One of the saddest events in Philippine Culture is the declination of Philippine Cinema or maybe the declination of support from us Filipinos. International Films are showing non-stop in malls and we prefer on watching them. There’s nothing wrong with that, but we forget to appreciate what is ours. As a result, some of the local films are either removed from theaters after a week or two, without having a chance to show their potential.

Even I am also guilty with this, I watched Filipino romance movies but not much of the other films. It’s not that I don’t like watching Filipino films, it is just that when I watch I prefer feel-good movies rather than the serious tone of indie films (the depiction of problems in the Philippines) and the heavy dramas of some mainstream films. There’s no doubt that indie films are good mediums to voice out our emotions and it’s good to accept reality, but I believe at the end of the day, we need stories to feel happy and inspire us.

Anyways, my high school friends invited me to watch Birdshot and Star na si Van Damme Stallone in Cinema ’76. I kept on hearing and seeing Birdshot and Cinema ’76 from social media platforms so I got curious and accepted my friends’ invitation.

Cinema ’76 is a mini theater wherein your seats are couches, not those individual ones with dividers, but a seat without borders where you sit closely with the one beside you. It’s like watching movies at the comforts of your home.  When it comes to the quality of the video and sound, it is clear and in high definition.  The experience is like being in malls but a more focused and closer view. The only problem is when the one in front of you is tall and blocks your view. XD Like theaters in malls, They also show trailers of their upcoming films. One that caught my attention is the Women of the Weeping River. Hopefully, I can come back to watch the film.

Watching Birdshot and Star na si Van Damme Stallone made me see the development of Philippine Cinema. The cinematography and plot lines were different and more enticing. I loved how the colors were enhanced and gave focus on the storytelling. They made me want to watch and support more our local films.

When I was a child, I always see different Filipino Films from action, comedy to drama and most of them will be a part of my childhood. Visiting Cinema ’76 gave me a chance to relieve that moment and see the changes in Philippine Cinema and made me appreciate it more.  It is a theater that gives a chance for Filipino filmmakers to show that we can create masterpieces.

Kudos to TBA for having a theater like this! They solved one of the problems in the industry — to help local filmmakers and actors show their works to us Filipinos. It is a big help for the industry and the country to promote creativity and cultural appreciation. It has a purpose of showing Filipino culture, talents, and arts.