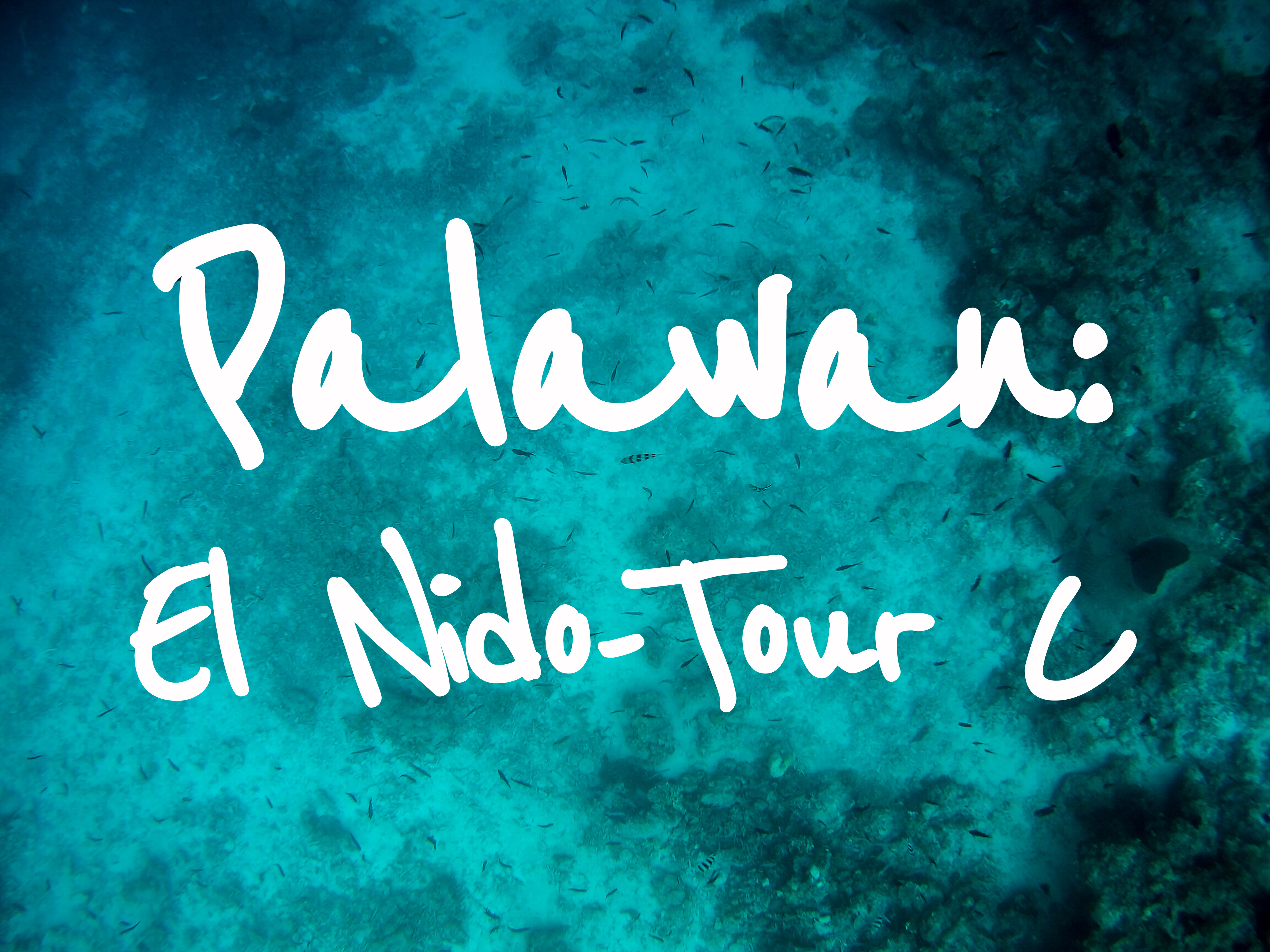 El Nido is known for its beautiful islands, turquoise waters, and diverse marine life. To explore the islands, Island hopping tour packages are offered by different travel agencies. There are 4 packages offered, namely Tour A, Tour B, Tour C and Tour D.

For our second day in El Nido, we chose Tour C. It includes the Helicopter Island, Secret Beach, Star Beach, Talisayen Beach and Hidden Beach. Most of these are snorkeling spots, the agency recommended as to bring snorkeling gears which they provided for an additional fee of 100 pesos each.

Compared yesterday, we are now more than 15 people. The more, the merrier… and more lunch. 😛

The name came from its shape which resembled a helicopter. The island is also known as a snorkeling area. They dropped us at the beach and let us explore its underwater treasures. The area is rich in marine life, from different kinds of fish to corals.

This is one of my favorite spots on all the tours. It is secret because it is enclosed by limestone walls. No one will ever know that exists unless you enter it through a tiny hole. The boat stopped in the middle of the sea and told us to swim. The water is deep, maybe 7 meters or more. I’m afraid of the deep sea, but all fears were gone when swimming through the hole was required. The current was strong but the guides helped us, as we enter the hole. Once inside, we saw a beach surrounded by beautiful rock formations.

Another one of my favorites, Star beach is called because of its star-shaped beachhead. We really didn’t land on the beach but just stayed near it to have our lunch. While the boatmen were preparing our lunch, We were allowed to snorkel around the area. Caryl stayed in the boat and I jumped into the water. Once I lowered my head underwater, I saw different kinds of fish surrounding me. It felt like being inside an aquarium. I was amazed at what I have seen. I was afraid of the deep blue sea, but this lets me stay there for a long time.

Our boat docked near Star Beach

After eating, we were off to Talisayen beach and It started to rain. Rain clouds were above us. Fortunately, the pour was not strong. Talisayen Beach is just located near Star Beach. It’s a small beach with a facade of a high limestone wall. The area around it is also a place for snorkeling. Having the same marine life with Star beach but with less population.

Hidden Beach was our last stop for our Tour C. Named Hidden because it is covered by walls of rock formations, which again, can be accessed through a hole. At that time, it was hard to swim because of the low tide and a lot of sea urchins. We just took the time to take pictures of the place.

We returned back to the town and washed. We explored the town, checked for souvenirs and ate street foods… again.

For dinner, we ate at a restaurant by the beach, called Sea Jane Resto Bar. After a very tiring day, we want to splurge on food. We ordered seafood and made sure nothing left. A day has ended again, we return back to our lodging and made sure to regain energy.

This was our last island hopping tour. We have seen many scenic places and we want more. We thought of getting Tour B or D but decided to stick to our itinerary.

Next post will be about our unforgettable experience going to and in Nacpan Beach. 😀

Check out our ITINERARY and TRAVEL GUIDE in Palawan. Cheers!