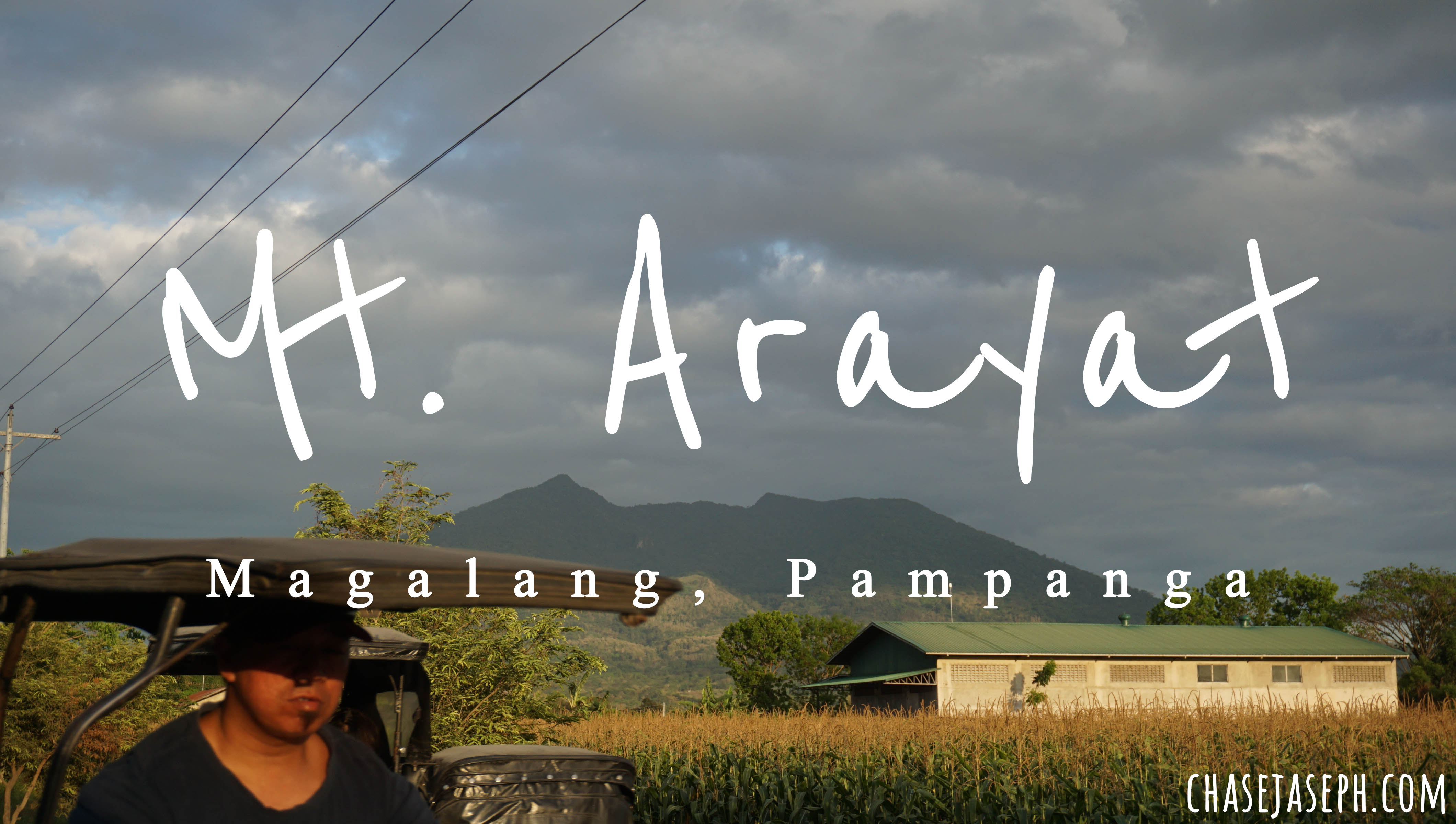 Last 2012, I left Manila to work in Pampanga. Every time I went home and came back, I always see this lone land stood from the flat plains of Pampanga known as Mt. Arayat. It is noticeable because of it being the only elevated land around the area. Many times, I got curious of what lies there. One time, I was able to see it at a nearer position. I got invited by one of my friends to visit their farmland just a few kilometers from the mountain and swim in their swimming pool. A swimming pool in the middle of their cornfield with Mt. Arayat as the view! Just seeing it made me astonished of this mountain.

Last March, one of my friends told me to organize a climb to Mt. Arayat. After months of not climbing, I said yes and organized it. The night before the trip, I was thinking of canceling it because I was not feeling well for almost 2 weeks but nonetheless, we still continued. Excited by being in the mountains again, I packed my stuff and pushed through. Finally, after 5 years, I’m back in Pampanga to conquer a mountain.

The journey to the jump-off took us a while. We took the long way going to the jump-off, instead of the short one, because of the availability of the buses going across SM North EDSA. From there, I based the routes on my past travels in Pampanga.

The path to the jump-off is a known place for pilgrims during the Holy Week season. There are statues which serve as the markers for the “Stations of the Cross”. Near the 7th Station is where the DENR Registration Area is located. We registered, paid the environmental fee of P30 and secured our guide. Mt. Arayat has two peaks called the North and the South Peaks. We only took the Backtrail package which only aims for the North Peak. Our guide suggested that we should also include White Rock and Haring Bato. These were additional view decks and conquer points around the mountain.

After securing our guide, we continued our climb still following the trail of the Station of the Cross. I started to think if I can reach the summit. Bit by bit, I felt my body becoming heavy and the trail started to become steep. I was exhausted and breathing heavily. No exercise and feeling sick, I was starting to get worried. I took every step slowly and took a lot of rests. Fortunately, the trail was covered by trees. We were protected from the heat of the sun. I was thankful for the mountain being still rich in trees.

Our first conquer point was the White Rock just at the midpoint of the mountain. It has a view of the Western towns of Pampanga and from there everyone can see the North Peak. Upon looking at it and expecting the distance and elevation from where I stand, I took a deep breath and pushed myself to reach it. There’s no turning back.

The North Peak is the actual summit of Mt. Arayat. There lies a communication station for the Army or the Police. The summit offers a wonderful view of the plains and Pampanga river surrounding the area that took our breath away, including the South Peak and Pinnacle Peak just in front of us. We took some photos and rested for a while on their small hut. I was very tired and slept it out for a few minutes before descending to Haring Bato.

Haring Bato is a rock formation located in between the North and the South Peak. I was having second thoughts on going to the rock formation but I’m not ready to give up. I don’t want to end the climb without conquering all conquer points. Despite being tired, we were able to take this shot. 😛 Staying there gave us a different perspective of the mountain. We’re near the South Peak but we’ll conquer it on another day.

Climbing Mt. Arayat on a not so well state proved to me again that our body is capable of doing things beyond our physical strengths. We can push ourselves beyond our limit. But having this nice excuse doesn’t escape me from making another mistake. I didn’t even have trail food and enough water!  Luckily my friends have, thank you! 😀 Never ever do these same mistakes. Conquer prepared and safely! Cheers!

If you’re looking for other mountains to climb, check out my last climb at Mt. Daraitan in Rizal.