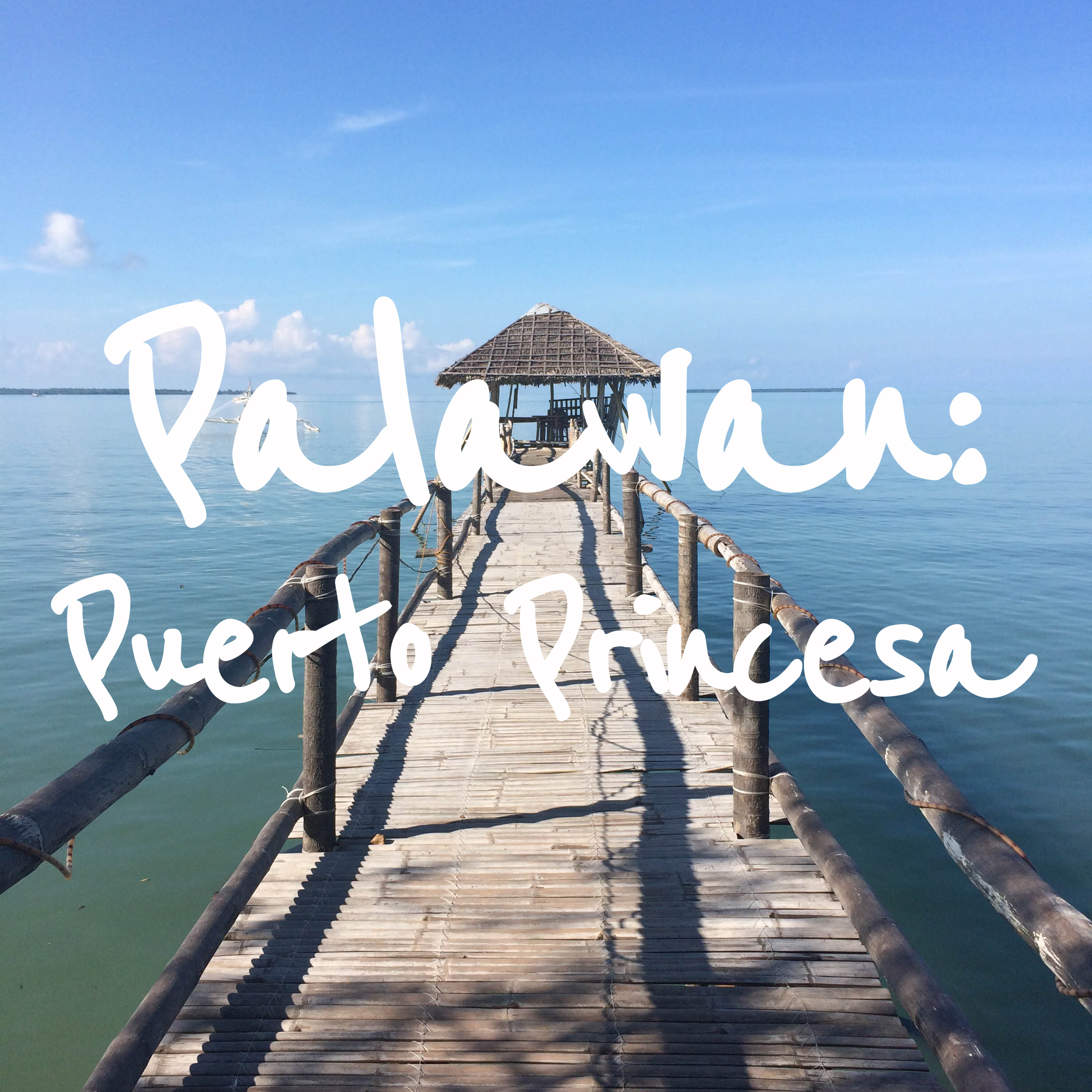 For our last day in Palawan, we planned to have the city tour in Puerto Princesa. Buy souvenirs, eat local cuisines and discover local heritage.

We don’t want to leave El Nido but it was time to go. We scheduled a pick-up the day before.

The van picked us up directly from our accommodation. We rode the van around 4:00 AM and it stopped for a while at the terminal to wait for other passengers.

On our way back, I’ve seen how still rural Palawan is. Most of the areas are covered in greens and houses are few and far away from each other. It is good news, if Palawan is a place of biodiversity, the local government should maintain this. Urbanization and too much tourism will surely destroy Palawan.

We stopped at a restaurant in the municipality of Roxas. It looks just like an ordinary one, where we have to eat and use the comfort room. At the back of it, was this hut in the middle of the sea which has a wonderful view. It was peaceful and very relaxing.

For our first destination in Puerto Princesa, we decided to buy souvenirs first. Luckily, the van dropped us at the front of LRC 908 Market Mall. It offers a huge variety of souvenirs and foods for us to take home, keychains, shirts, cashew nuts, and much more.

It’s lunchtime and we’re planning to eat at Kinabuch Bar and Grill to try the crocodile sisig and tamilok but the restaurant opens at 4 PM. We were saddened by this because our flight is 5 PM. So instead, we were brought by our tricycle driver to a place called Haim Chicken Inato.

Haim Chicken Inato is famous for Grilled Chicken I thought it will just be like any grilled chicken but we were wrong. It is delicious especially eaten with the sauce. The place is cozy and offers trivia anything about Palawan.

After our scrumptious lunch, we tried the Halo-halo at Nokinocs Savory House. Nokinocs is located at the junction along Rizal Avenue. We took a trike and paid 30 Pesos. Nokinocs Halo-halo is one of the must-tries in Puerto Princesa according to the blogs we’ve researched.

We ordered their special halo-halo with vanilla ice cream, crispies, and leche flan on top. It is delicious! The ice was shaved perfectly and blended well with the sweet fruits accompanying it. It only costs 85 Pesos.

After our food trip, we proceeded to the Immaculate Conception Cathedral located along Rizal Avenue. One of Palawan’s famous churches, was built during the Spanish Colonial Period. From being a small church, it is now a cathedral. It is very eye-catching because of its blue-painted walls and Gothic-styled spires. We took the time to pray and make a wish before going to Plaza Cuartel.

Plaza Cuartel is located opposite the cathedral, a minute walk from the cathedral’s plaza. It is Puerto Princesa’s famous historical landmark. A place where 150 American soldiers were burnt alive by the Japanese soldiers during World War 2.

It is now renovated into a park, but the front gate and the structure where the burning took place were maintained. In addition, a historical information was erected for tourists to read. As a World War 2 history fan, I took the time to read and be fascinated by the history that surrounds it.

Palawan Museum is a two-floor museum that showcases archeological findings, ethnological things, and natural exhibits. The galleries include turtles, corals, traditional tools and stuff of the Tagbanwas’ and other ethnic groups in Palawan, and many more. The entrance fee is ₱50.

After our visit to the Palawan Museum, we decided to go now to the airport. Leaving Palawan was hard for us. If money and time were not an issue. We will stay and explore more. We were captivated by its rich natural resources. As a future plan to see Palawan again, We told ourselves to go to Coron someday.

This tour let me realize more that the Philippines is really a country to be proud of. A land blessed with beautiful natural creations.

CHECK OUT OUR ITINERARY AND TRAVEL GUIDE IN PALAWAN. CHEERS!