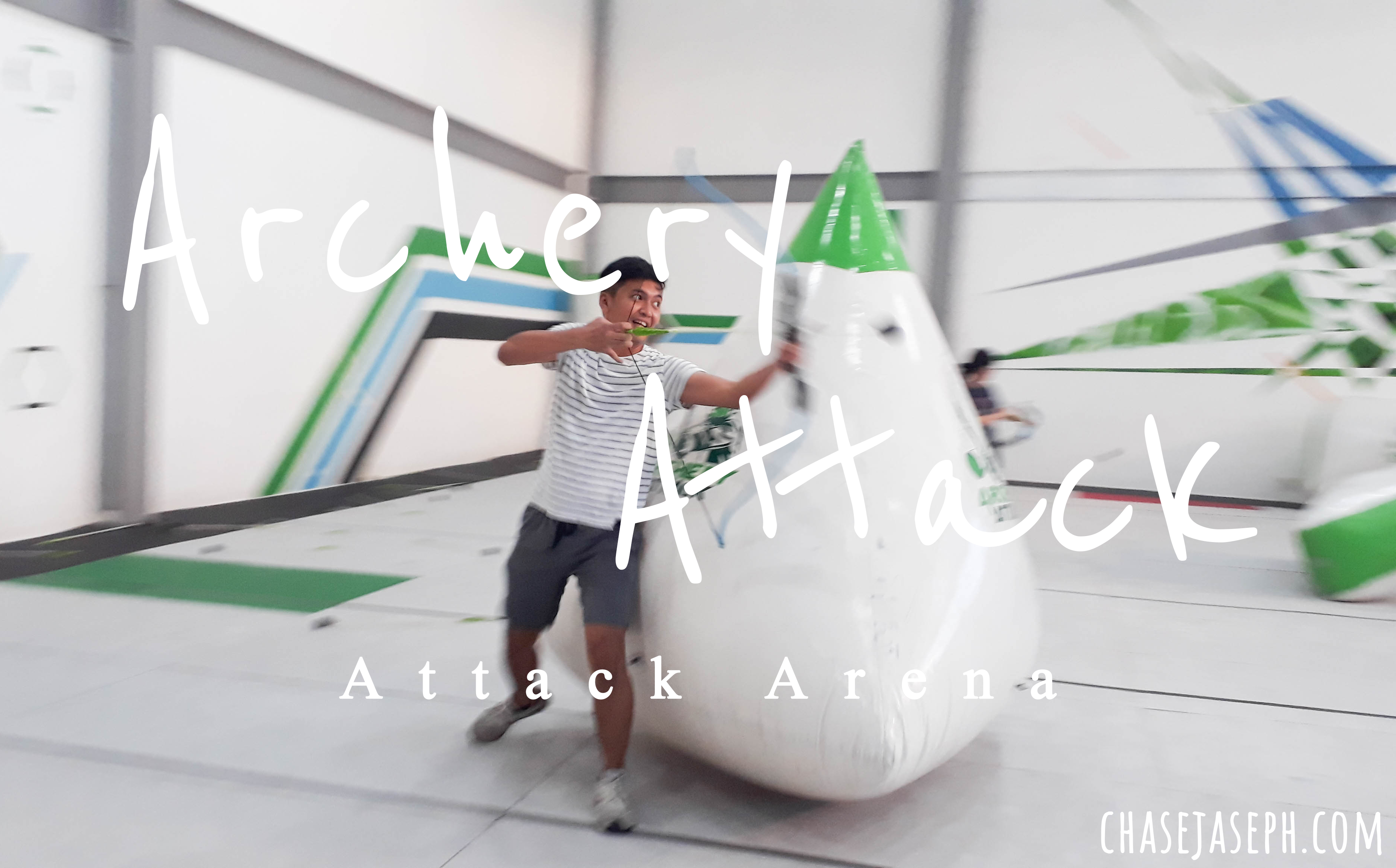 It was my cousin’s bachelor party that I got to visit Attack Arena. I’ve seen it outside many times and thought of it as a normal ball court where you can play badminton, volleyball, etc. But I was wrong. It is literally an arena where anyone can play the roles of a swordsman, a military assault unit, or an archer and fight to the death. Well, not really to the death but to exhaustion. XD A venue for an all-body workout and pain.

We played “Archery Attack” where we took the role of archers in the Battle of Helms Deep. They provided the bows and arrows. The arrow’s tip was covered by a rubber ball, so no need to worry if you’ll cry in pain at the end of the game. The area is huge enough for a large group. Inflatable barricades are placed strategically for players to take cover. Before the game, a trainer taught us the basics and the regulations of the game.

There are different types of games for Archery Attack. One is a team game where our group was divided into two and we had to shoot each other until no one on the opponent’s team is alive. Another is the “Deathmatch” wherein everyone is your target. You win if you are the sole survivor. Another type is like the game of “Ice, ice, water”. When a team member is shot by an enemy, you have to hit him to make him alive and be able to play again. Same with the first one, the team with all members got hit, and lose. The last type was like the Apprentices versus the Master type of game. Us against our trainer/coach. 7 of us against 1 man. He hit us one by one until he became the victor. 🙁 We ran, evaded as many arrows, and returned every shot to our opponent. It was exciting and nerve-racking at the same time. We tried to finish all of our opponents while saving ourselves from each attack. It was fun!

Playing Archery Attack was super fun and also very tiring. Evading the arrow and laughing at the same time blew our lungs out but really provided a wonderful experience for us.

Attack Arena is a good place for team building. To create bonds with your friends/teammates or to end that grudge against your mortal enemy/workmate. ?