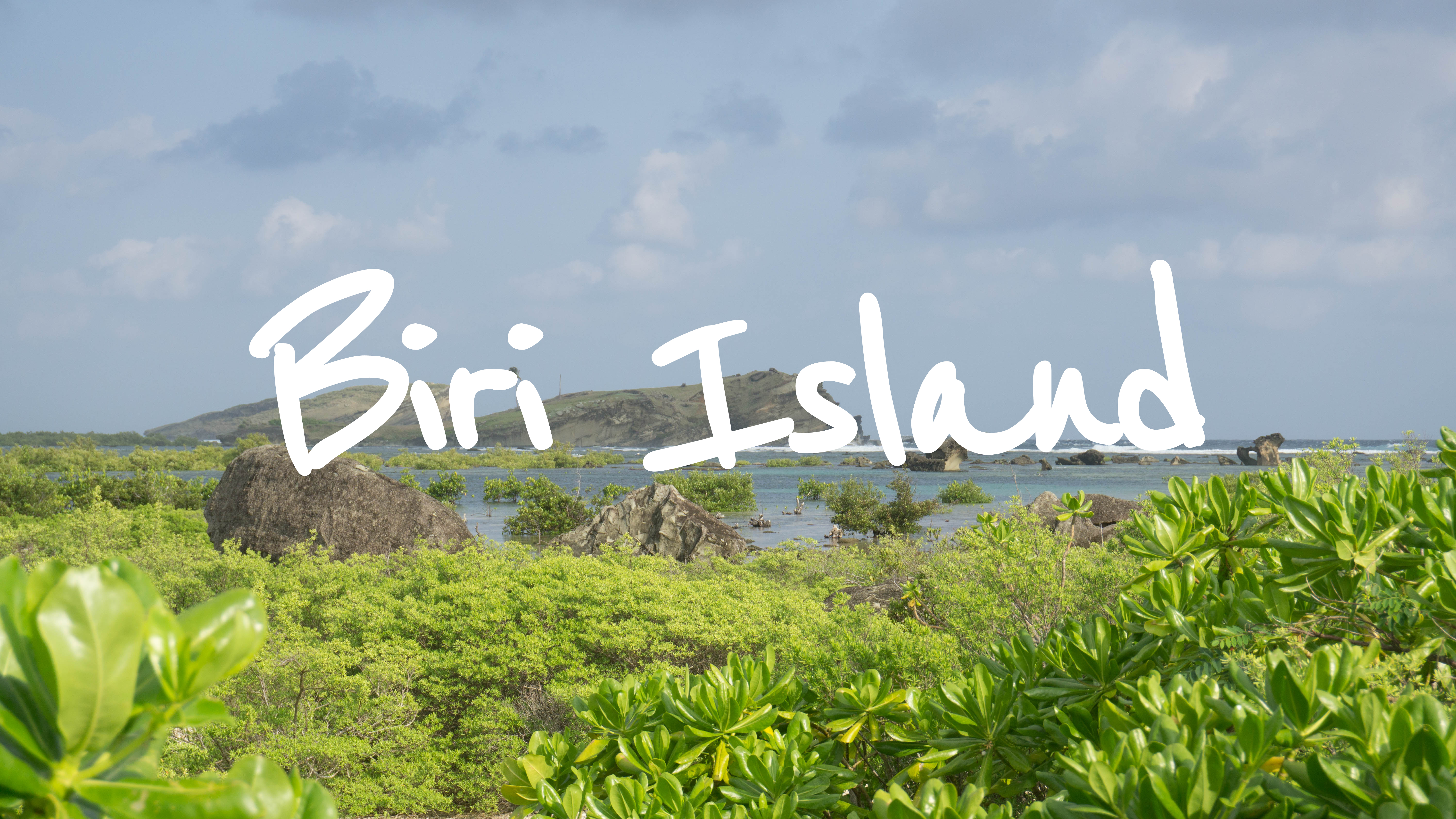 Biri Island is located in the province of Northern Samar. It is known for its 7 rock formations (Magasang, Bel-at, Magsapad, Caranas, Macadlaw, Puhunan and Pinanahawan) carved beautifully by the waves and time.

I was planning to take this off of my list because of its distance from Biliran. It will cost me a lot of time, money and energy. But the thought of not going keeps bothering me. The next day, I decided to continue the trip… and it was worth it.

This was my last destination for my Eastern Visayas Trip and this is probably one of my favorite places I’ve visited in my life.

This trip took me a lot of van transfers. I left Biliran at 7 AM for Tacloban. Upon reaching Tacloban, I took my lunch, then rode a van going to Catbalogan. There are no rides going straight to Allen. So, I did transfers from Catbalogan to Calbayog, then Calbayog to Allen.

When I reached Allen it is almost 4 PM. From the van terminal, I rode another tricycle going to the waiting spot for tricycles going to Lavezares. It took a while before we leave as we were waiting for other passengers. I arrived Lavezares around 5 PM. I was planning to stay at Lavezares but my feet led me to the port. A boatman approached me and he asked me if I’m going to Biri. He offered if we can divide the fare between me and another passenger. Without thinking of the consequences faring the seas at that time, I accepted his offer and decided to go for Biri.

I will never forget that boat ride.

The sun was setting and the waves were getting stronger. I saw the waves strongly crashed into a nearby island. The boat was shaking as if we’re going to stumble. I was nervous but my companions were calm as if everything were normal. After that life threatening ride, we arrived at the island safe and sound. The other passenger, Deo, asked me if I have a place to stay in. He suggested me his friend’s homestay.  I didn’t have any reservations, so I accepted his offer. We rode a habal-habal going to Poblacion where his friend is located.

Finally, after 11 hours of travel, I arrived at The Garcia’s Homestay.

I was planning to go to the rock formations before sunrise but I forgot to inform my driver, Kuya Obet, about the pick-up time. We were able to start the tour at 6:30 AM. We fetched my guide, Kuya Eddie, at his house then proceeded to Bel-at rock formation.

The rock formations have intricate designs and you’ll wonder how it was formed. The combination of the strong waves, strong winds, and the scenery made the landscape surreal. It was like being in a dream world where magical landscapes exist. I stood there in awe.

The locals are very thankful for these rocks because it also serves as their protection from storm surges.

There is this pool just in between of Bel-at and Caranas where everyone is allowed to swim. I took a dip and appreciated the clear and cool waters.

Next, we visited Magasang, located on the far left of the rock line. We rode the habal-habal and reached the far end of the beach. The tide is rising so we have to cross the waters. There is a bridge that is supposed to reach Magasang but the plan changed to just being a short one. According to Kuya Eddie, there was this Enchanted Lady that protects the rock formations. The builders saw her and just after a few days, they died of unknown reasons. Fear surrounded the area, so the construction of the bridge was put to an end.

The formations in Magasang are more detailed and strange-looking. At the edge of the rock formation, a better view of Magsapad and the Pacific can be seen.

The view of Magsapad Rock Formation

After visiting the rock formations, I took my lunch and explored the town. It was peaceful and simple. I happened to meet Kuya Eddie and Kuya Obet at a basketball court where I tried to rest. They shared stories about the history, recent events, legends, and myths in the island, including one story wherein a mysterious Japanese suddenly stayed in the island. Rumors say that he had a treasure map given to him by his World War 2 soldier relative. When the guy left, they all thought that he have found the treasure and brought it back to Japan.

In the afternoon, I took my last stroll in Poblacion, then returned to my accommodation to prepare my things for my return tomorrow. I sat at the port and watched as the sun sets. My journey to this part of the country made an impact to me. It made an urge to me to discover, to explore and to experience more this country I called home.

This concludes my Backpacking trip in the Visayas. I returned back to Tacloban for my last roam and for my flight back to Manila. I’ve learned so many things during my travels, met new people and gained unforgettable experiences. I didn’t have a proper itinerary but somehow I happened to finish the trip and returned back home. I haven’t visited a lot of destinations, but the highlights would be the experiences and the memories I’ve accumulated throughout the trip.

Check out my KALANGGAMAN ISLAND – LEYTE POST for the start of my itinerary and expenses.

Check out my BILIRAN PROVINCE POST for the continuation of my itinerary and expenses.

Check out my EASTERN VISAYAS TRAVEL GUIDE for the whole itinerary and expenses.