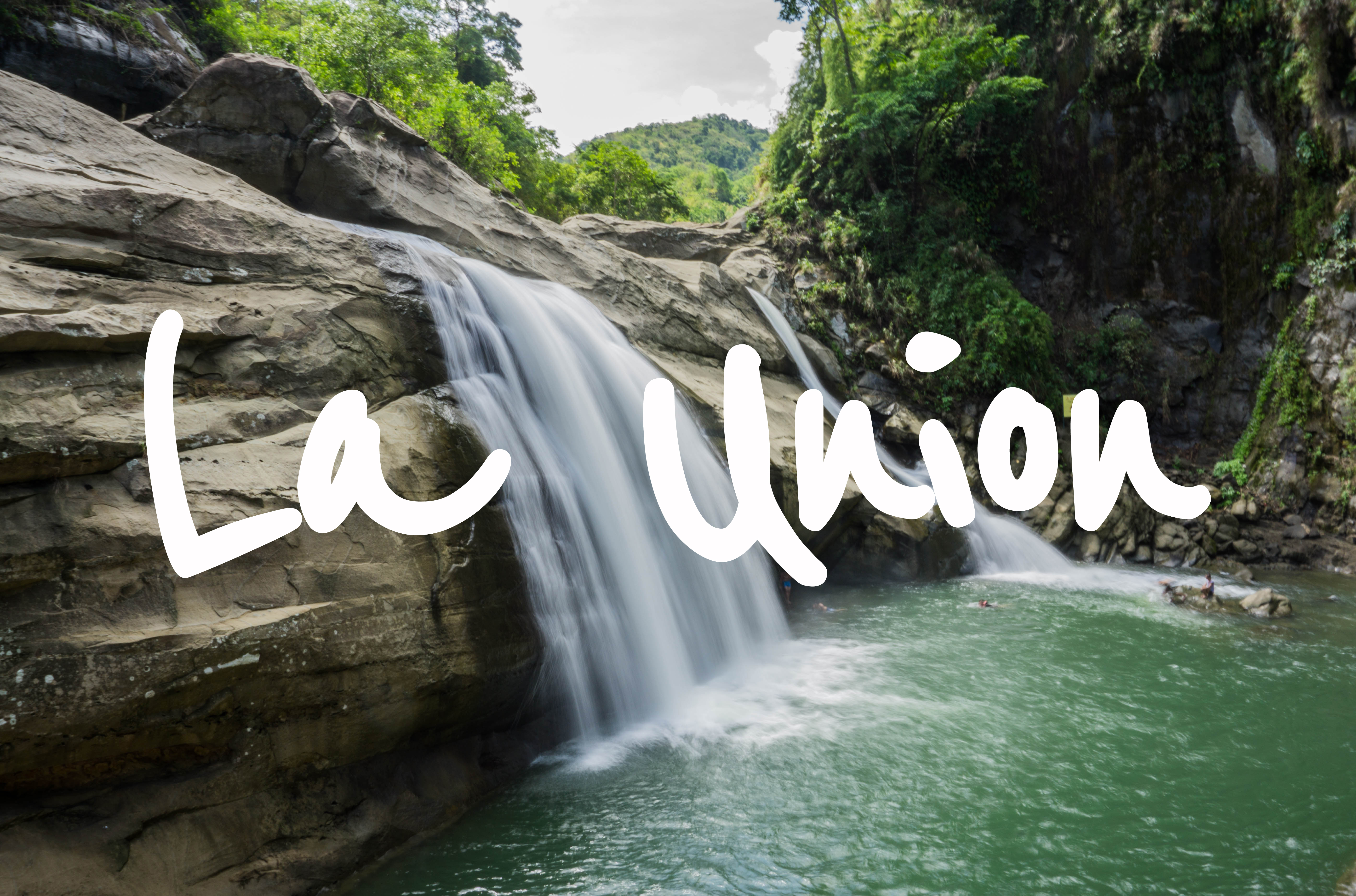 It’s been a while since my friends (Albert & Marvin) and I have been together. We’re always on an adventure when we were still all working together in Clark, Pampanga. We had almost gone anywhere (well, not anywhere but some places) and ate anything we saw around us. It’s been more than 2 years, so we decided to have a reunion to explore and have fun again together. We planned to go to the hometown of Albert in Tubao and explore the wonderful places in La Union.

Pugad, short for Pugo Adventure, is located in the municipality of Pugo. It is a resort that consists of swimming pools of different sizes and offers different outdoor activities, such as zipline, ATV rentals, rappelling, and many more. Pugad is a good place for family outings and team buildings.

Coming along with us was Albert’s family. The others rode a car and we rode a bus from Tubao to Pugo for 9 Pesos each. From Pugad’s signboard, we walked for 30 mins going to Pugad itself. We rented a 2-floor cottage near the river and the kiddie pool. Pugad is huge. Besides the pools and sites for adventure activities, there’s also a river that runs across the resort. And for the animal lovers, there’s also a mini zoo to see.

We’ve spent the whole day here swimming. Unfortunately, we haven’t tried the outdoor activities because we’re on a tight budget. Nonetheless, we enjoyed it a lot and experienced the fascinating Pugad.

For our 2nd day in La Union, we visited Tangadan Falls in San Gabriel. From San Fernando, we rode a jeepney going straight to San Gabriel, then from there, a tricycle going to the jump-off point. There are tour guides available at the jump-off but we didn’t get one since Marvin had been there before. From the jump-off point, we trek for an hour to reach the falls. The trail includes grasslands and river crossings.

As we arrived near the falls, we can hear the loud splash and saw Tangadan’s waters overflowing. It is majestic. Cottages and stores are available around the area.

We rented a cottage to leave our packed lunch and stuff. We also rented life jackets since most of us don’t know how to swim. Above Tangadan, there is also a pool created by another fall. We swam there first, as not many people were swimming there compared below. The water was very cold and the current was strong. There’s a huge boulder that people can climb on and jump back to the water. We tried it also to test our courage. It was nerve-racking but it was fun! Adrenalines were rushing and we were able to conquer our fears.

After our thrilling jumps, we decided to proceed to the lower pool. We stayed behind the falls. The current is strong and it was refreshing. No matter how cold and tired we are, we stayed there and don’t want to leave. It was wonderful.

After our trip to Tangadan falls, we decided to visit Thunderbird Resort in San Fernando. Unfortunately, we were not allowed to enter because we didn’t have any membership. So instead, we walked to Poro Point just a few meters from the resort.

Poro point is like Manila’s Baywalk where people can chill by the bay. It was still being developed when we got there and rain started to pour. We still enjoyed our visit there even we were soaking wet, we had fun taking a lot of pictures in the rain (Which I don’t have a copy XD).

Bahay na Bato is located in the town of Luna. The gallery shows artworks made of stones and driftwoods which were made by a Korean artist named Bong Kim and other hired artisans.

The house is also full of carved wood and stone sculptures. One of the best areas in the house is the terrace. It has a view overlooking the sea.

As a remembrance, everyone is allowed to get a pebble and write their messages and names to it and leave it at the house. We’ve done ours and expected to see it again once we visited the place again someday.

San Juan is known for being the surfing capital of northern Luzon. We’re lucky to make it in time before it gets dark. The weather was cloudy and the waves were there. The owners offered us an instructor and a surfboard for the 5 of us for just 500 pesos (Thanks to Albert’s Mom’s haggling skills!). :p

After the tutorial, we tried surfing one turn at a time. Our instructor guided us and brought us to the waves. Timing and balance are crucial. It was very tiring but it was fun once we were able to stand and balance ourselves.

We still want to continue trying until we can do it without the instructor’s assistance but it was getting dark and no one was allowed to stay in the sea at night. We want to come back and try it again someday, maybe we will get better with it.

Surf Board and Trainer Fee: 500 pesos

On our last day in La Union, we stayed mostly at home. We just bought some food in the town of Agoo, accompanied Albert to have a haircut, and visited the Basilica of Our Lady of Charity.

Once we returned, there was a party for me, a simple gathering, since the next day is my birthday. I was very thankful for this. It’s like being part of the family. We ate (Papaitan, Ginataang Bilo-bilo), drank, and sang Videoke until the time for us to return to Manila. I am really fascinated by how life is simple (Simple but lots of fun) in the province and how hospitable people are.

Marvin and I left La Union, while Albert stayed behind. We enjoyed a lot being together again. From our always teasing nature to our happy-go-lucky trips. We will be separated again and still hoping to go on adventures again together.