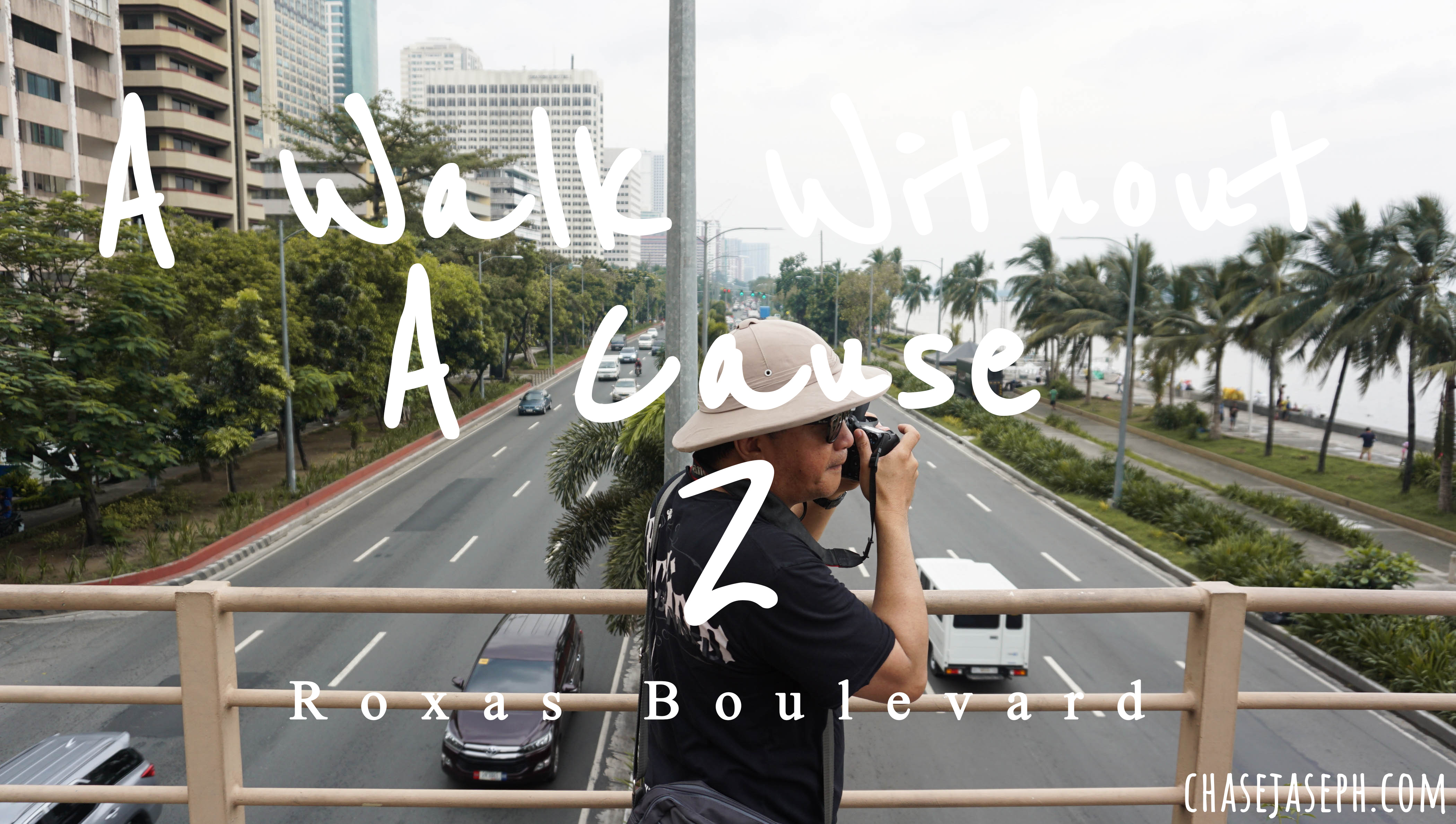 A Walk Without A Cause 2: Roxas Boulevard

My father and I have this bonding we call “A Walk Without A Cause”. It is simply a photowalk where we walk from Point A to Point B while taking photos of the people and things we see along the way. We mainly do it on known roads, especially highways. To conquer highways just for fun. We had our first walk last 2016 along EDSA.

A WALK WITHOUT A CAUSE 2: ROXAS BOULEVARD

Just last year, we decided to make a sequel. This time, along Roxas Boulevard, which stretches from Manila, Pasay to Paranaque City. We started our walk at Anda Circle in Manila and planned to end anywhere near Baclaran which we then decided it to be the City of Dreams. Walking along roads/highways can be exciting but also depressing. From interesting sights to unfortunate ones which shows poverty and chaos.

A part of my life has been spent in some areas of Manila and from those times, I realized that it is the least of the cities I want to visit. Traffic, crimes, and trash everywhere. Years have gone by it is still the same or even worse. It is our country’s capital and it’s saddening to think that this city represents our country. I’m not saying all of Manila but some parts of it that really needs attention.These are based on what I’ve seen and probably from what you’ve seen.

Yes, there are also beautiful places to see in Manila like the Luneta Park, the National Museum of the Philippines, and the Intramuros. But even some parts of Intramuros has become a slum. This is not just for Manila but also extends to the other cities. Of course, there are signs of progress — more buildings and opportunities, but some are being left underdeveloped like order and cleanliness.

The Manila Bay, which has been a tourist spot in previous times, had become a jungle, a dump site and a place for the homeless. It’s saddening to see them sleep and bathe in a public area. What’s worse is that they get their food in the sea full of trash.  Why don’t the local government adopt them for a small period of time, feed them, groom and educate them? So that they can lift their spirits up again, taste opportunity and maybe they would be able to live normal or better lives.

We began to realize some negative remarks of famous people about our country were really true. We shouldn’t be enraged by it but see it as a problem we have to solve. A reality that we must accept and create a change for the betterment of us Filipinos.

It is true that urbanization will bring disorder and a lot of waste but I believe we can do something about it. Like, keeping our trash and not throwing it anywhere. We can think of small solutions to change ours and the citizens’ views and behaviors. I’m not just pointing out to the citizens but I am speaking out to the leaders of the city as well. That their leadership is important. With their power, they can create a spark of change. That they should be creative in solving problems, not just using the same solutions which don’t bring good results. I believe that Manila will change for the better someday. Yes, it is hard but we should be persistent on the change we want to see. As what Mahatma Gandhi had said, “Be the change you want to see in this world.”. Only us as a citizen of the Philippines can bring a positive change to our country.

We ended our walk with donuts and a cup of coffee. Got disappointed of what Manila has become but we were still hopeful that it will have a positive change someday. We thought of possible solutions and hoped to start it soon.